MY roommates and some friends went up north this weekend for an overnight. We loaded a bus which is more like a hotel shuttle, with all our stuff and a guitar and headed up into the mountains.

The road up there was a bit frightening but we managed okay. The funny thing about the buses here is that they have foldable seats that look like arm rests that actually fold out into seats that block the isle. So cool.
You can move about as much as you want and the windows open enough for you to feel like you might fall out of them on the sharp turns of the overpass.

We chatted about some of their 6 week summer trips spent in Spain and Switzerland, played games like ninja, mafia and signs and then took a walk in the dark to see the stars and sat around with a guitar which was really refreshing for a night away from the hustle bustle of the city.

This morning we talked about the hope for things changing on our campuses this fall and how we all really want to take advantages of being a positive influence at our school. It was really sweet to see a freshman so passionate about making a difference at our school, something really exciting our friends haven’t seen happen; usually the upperclassmen are the ones to get excited about change. We had traditional lebanese food which was actually really good, except breakfast was kind of unexpected.

We processed how we’ve matured and changed in the last year over meals and while someone picked up the guitar, or played the keyboard. I got closer to some of the people I really just met and had a really awesome time getting to hear about their passions in life and where they’ve come from. The best part of it all (well, maybe) was that it was 60 degrees when we got off the bus and for me, that felt like home. 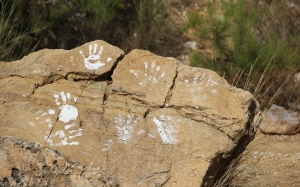 Overall it was a really fun weekend getaway.