There has been a few things I’ve found to be really helpful to keep the mom of these kids happy and a day thats A. more productive for me and B. passes time so I not only don’t get bored but also so the kids know I will not always becken their every need.

here is my secret number 2:

The house smells amazing when you bake/cook anything. (unless you burn it of course) and here are two of my favorite:

First, you can eat the oranges and use the peel or you can boil the orange slices. I think they both work well, but boiling the actual orange makes the smell a little bit stronger. I usually use the smallest pot i have and fill it half with water and then oranges. For a six inch diameter pot, I use 2 regular sized oranges or 5 clementines. I usually just guess for vanilla and cinnamon by tipping bottol till it spills and then tipping right back up. the cinnamon i usually cover the top of the water and then stir it in. I start it on a boil and then bring it down to a simmer when the water is bubbling. I refil my water when it gets low and seldon add vanilla and cinnamon refills. I also shut it off when I go to bed, leave it open faced on the stove and start it again the next day. I’ve used mine for 3 days straight and it still smells great.

This is a good one just for the smell, sometimes kids like to stir in the ingredients and occassionally i will let them shake in the cinnamon. plus they love eating a slice or two or orange.

My second recipe is more so to keep busy. The kids LOVE watching me make things in the kitchen and either sit on the stools to watch, (and sometimes help stir) or they know when I’m baking that I’m busy and they play on their own. So far, I have not had any problems with them making messes or doing anything naughty during the time I have baked which is a big blessing. They like to watch and ask questions and when they get bored they go play on their own. 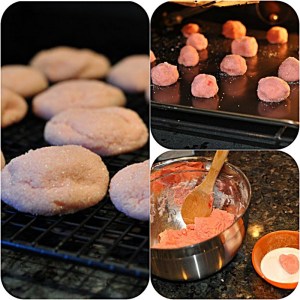